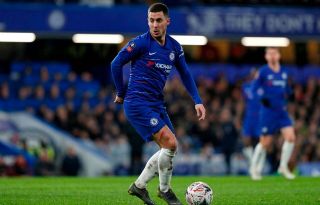 Liverpool legend Jamie Carragher won’t have made too many friends at Chelsea with his comments regarding Eden Hazard and Real Madrid transfer speculation.

Discussing the Belgian’s immense performance against West Ham tonight on Sky Sports, Carragher can be seen in the video below saying he’s too good for Chelsea.

The pundit explains that he feels Hazard deserves a club like Real Madrid on his CV, and explains that he also felt the same way about his old team-mate Luis Suarez when he was at Liverpool.

Hazard was at his very best tonight, scoring twice in the win over West Ham, the first of which was a stunning solo goal that may well be up there with the best he’s scored in his career.