Liverpool are reportedly ready to offer Divock Origi a contract extension, after a glowing endorsement from Jurgen Klopp.

The 23-year-old has contributed two goals and one assist in 10 Premier League appearances for the Reds this season, playing a bit-part role behind the likes of Mohamed Salah, Roberto Firmino and Sadio Mane.

However, Origi’s recent displays have earned him a spot in Liverpool’s matchdays squad in nine of their last 10 matches across all competitions and Klopp told the club’s official website last week that he “he has done really well and it’s absolutely deserved”.

According to Football Insider, Origi is set for a new contract offer as a reward for impressing the German boss this season, with his current deal set to expire in 2020.

Klopp is very happy with the Belgium international’s progress at Anfield and Liverpool are willing to grant him a longer stay, but if he declines the offer, he will be offloaded in the summer window.

Football Insider reports that Wolves tried to lure Origi to Molineux last summer with a £22 million offer, but he rejected the move in favour of remaining with the Reds and fighting for a place in the starting lineup. 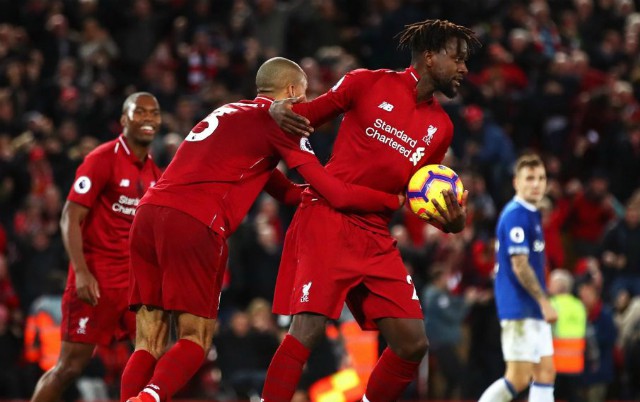 Origi in action for Liverpool this season

Although he has not quite managed to establish himself as a regular starter, Origi has had a notable impact on the team in 2019 and he could yet have a key role to play in Liverpool’s title charge.

Klopp’s men are top of the Premier League by two points at the moment having played a game more than reigning champions Manchester City and squad rotation will be vital heading into the final weeks of the season.

Liverpool also have the latter stages of the Champions League to negotiate their way through, which means Origi could quite easily retain his spot in the matchday squad for the foreseeable future.

Beyond this season, it is unclear whether or not the Belgian can unseat the current first choice Reds triumvirate, but given his age and experience in the Premier League, he will surely only improve in the coming years.