The 24-year-old playmaker enjoyed a stellar 2018 campaign in the MLS, contributing an impressive 10 goals and 15 assists in 33 matches across all competitions.

As Metro Sport reports, the Argentine has earned praise from a number of experts and figures in the game, not least his club teammate Wayne Rooney, who described him earlier this year as “one of the best I’ve played with”.

Such a glowing review from a former Man United great clearly caught the attention of Old Trafford chiefs, who are now eyeing a possible bargain swoop for Acosta when the market reopens.

According to Metro Sport,  Paris Saint Germain tried to sign the DC United star in January for £8.6 million, as they lined up a short-term replacement for the crocked Neymar.

PSG ultimately decided to pull out of the deal at the last minute, but Acosta could still be available for a cut-price fee in the summer transfer window and United have already sent scouts over to the US to watch him in action – as per The Athletic. 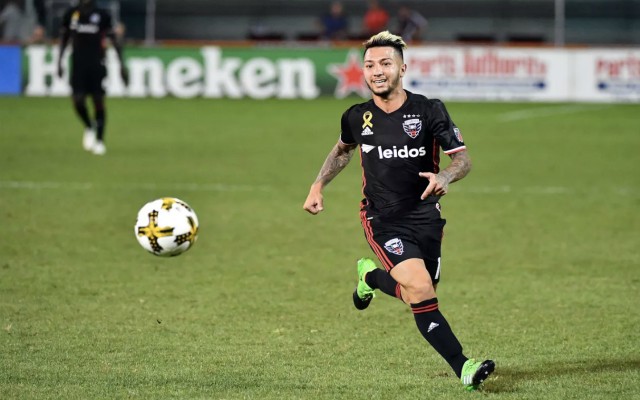 His current price reflects the fact that his contract at DC is due to expire in November, which makes him an affordable target for the Red Devils to consider ahead of a proposed squad overhaul under Ole Gunnar Solskjaer.

The Norwegian boss was appointed as United’s new permanent manager in March and he is expected to bring in plenty of new faces to help mould a team capable of challenging for the Premier League title once again.

Acosta has not yet experienced the rigours of European football, but he has displayed enough raw talent in America to suggest he could develop into a top class midfielder in the coming years.

This story is certainly one to keep an eye on as the 2018-19 season draws to a close and United begin to weigh up bids for their main targets.