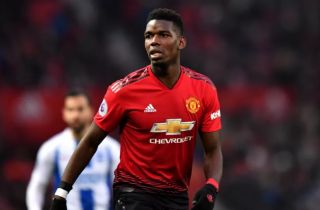 Manchester United midfielder Paul Pogba has reportedly made a couple of big demands to stay at the club instead of pushing for a transfer to Real Madrid this summer.

The France international’s future has once again dominated headlines in recent times, despite life at Old Trafford improving a great deal since Ole Gunnar Solskjaer replaced Jose Mourinho as manager.

According to Don Balon, Pogba is happier at United now as he gets on well with Solskjaer, but he still wants some changes if he is to commit his future to the Red Devils.

The report explains that the 26-year-old wants big-money signings to strengthen the United squad, and that he also wants huge wages so he earns more than the under-performing Alexis Sanchez.

This could be a real concern for Man Utd, who certainly look to have overpaid for Sanchez, who joined from Arsenal last season and who has majorly flopped at his new club.

Paul Pogba’s Manchester United future is in some doubt

It could well lead to many players demanding bigger pay packets, and the Times recently listed David de Gea as another big name that United could struggle to keep hold of this summer, along with Pogba.

However, the Daily Mirror have claimed that Solskjaer has told Pogba it’s a firm ‘no’ about moving in the next transfer window.