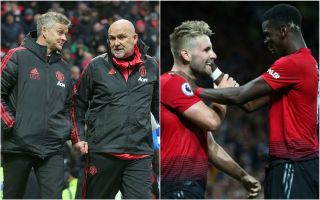 Manchester United coach Mike Phelan has appeared to single out Luke Shaw and Paul Pogba as two players at the club who can still step it up after their fine form this season.

The Red Devils have been hugely successful since replacing Jose Mourinho with Ole Gunnar Solskjaer as manager, with Phelan working alongside the new man at the helm to great effect.

Phelan notably worked at Old Trafford for a long time during some of the most successful spells of the Sir Alex Ferguson era, and he and Solskjaer are proving a fine team.

Speaking ahead of Man Utd’s big game in the Champions League against Barcelona, the 56-year-old discussed the improvement of the players in his short time back at the club, but insisted he was still keen to see more from Pogba and Shaw in particular.

“Paul had a spell where all the eyes were on him and delivery of his best wasn’t there all the time, the consistency,” Phelan told Reuters.

“Now we are trying to apply ourselves to Paul’s game. Ole has done a terrific job at helping Paul through certain spells and he has embraced that. He is maturing all the time.

“There are players there who haven’t achieved for the club what they need to achieve and we want to make sure that they relish that experience, embrace the opportunity to win things at Manchester United. 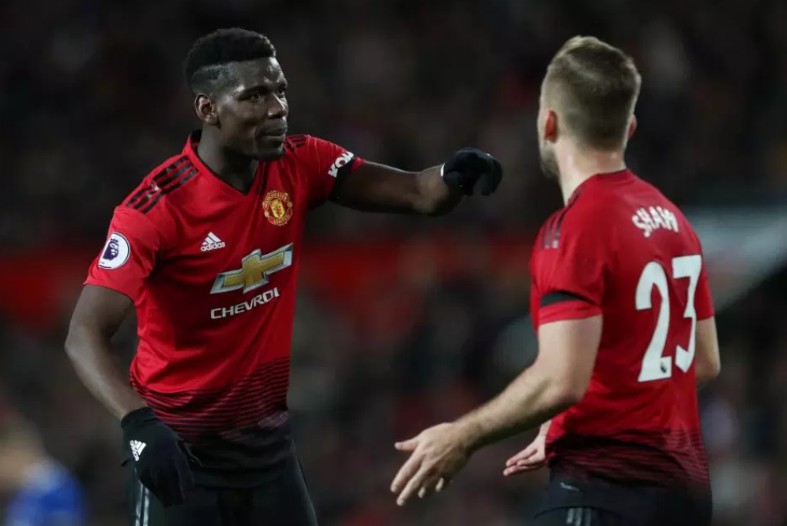 Paul Pogba and Luke Shaw in action for Manchester United

“We think that there is more to come from Luke – he is young, he is energetic and he has an attitude which is developing all the time. We feel that the world is his oyster… he is a huge player.”

United fans will certainly agree that, while this has been a superb start under Solskjaer, the standards at MUFC are very high and there are talented players on the club’s books who can and must go up a level if they are to get back to their glory days seen under Ferguson.