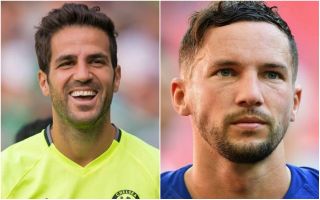 Chelsea midfielder Danny Drinkwater has been bizarrely trolled by his old Blues team-mate Cesc Fabregas over his drink driving charge.

The BBC are among the many sources to report on the England international being charged, and he’s now set to face court over the charges next month.

This isn’t really a laughing matter as drink driving is potentially deadly for innocent people one might happen to clash with on the road if intoxication level is particularly high.

It remains to be seen quite how dangerously over the limit Drinkwater had been, but Fabregas decided to mock his old colleague over his unfortunate name in these circumstances.

Clearly, on this occasion, Danny had been drinking more than just water. Ha ha.

Here’s a screen grab of the tweet from the Monaco midfielder, in case he decides it’s in fairly poor taste and later deletes it. 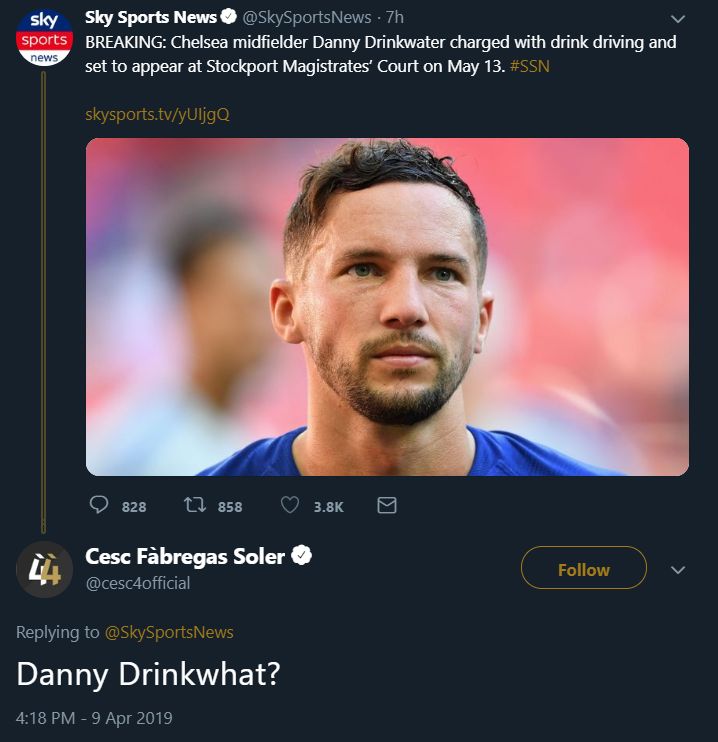 Fabregas left Stamford Bridge in January for a transfer to Monaco, while Drinkwater has almost disappeared at Chelsea after barely featuring since he joined the club last season from Leicester City.