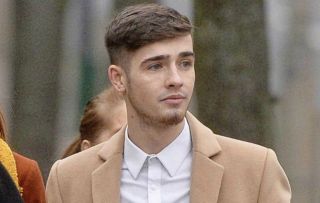 Irish footballer Jay Donnelly has reportedly been jailed for three months after allegedly sharing an indecent image of a child.

The Daily Mirror report that the 23-year-old appeared to show no remorse for what he’d done as he was sent away for a spell behind bars.

Donnelly admitted to the charge back in November, with the original incident having taken place back in 2016.

According to the Mirror, Donnelly shared an image of himself with a 16-year-old girl who he’d had sex with, with the girl sporting one of his Cliftonville shirts in the picture.

The court ruled that this publicity had done the girl profound psychological damage, with the image now online without the possibility of it being permanently removed.