The Red Devils are making new attacking players a priority this summer, and CaughtOffside understands Brandt is the latest name to come up on their radar.

A source close to the club told CaughtOffside that Brandt is one of the attacking players to receive the most glowing reports from United scouts this season, with Ole Gunnar Solskjaer confident he would be a good fit for the style of team he’s looking to put together, and also one of the more affordable and easily available players on the market this summer.

The Germany international looks one of the most impressive young players in Europe at the moment, having weighed in with seven goals and 11 assists for Leverkusen in all competitions so far this season.

The Sun linked Liverpool as admirers of Brandt earlier this season, suggesting a summer move for the 22-year-old looked increasingly likely if his club failed to make the top four in the Bundesliga as it would allow him to leave for a new release clause of just £21.6million.

This now looks increasingly likely, and it would be unsurprising to see Brandt move on to bigger things next season, with Man Utd certainly in particular need of a player of his calibre.

Jadon Sancho is perhaps the name that’s come up most as a rumoured target for Man Utd, with Bleacher Report recently suggesting he was the club’s preference, with Crystal Palace winger Wilfried Zaha a backup option. 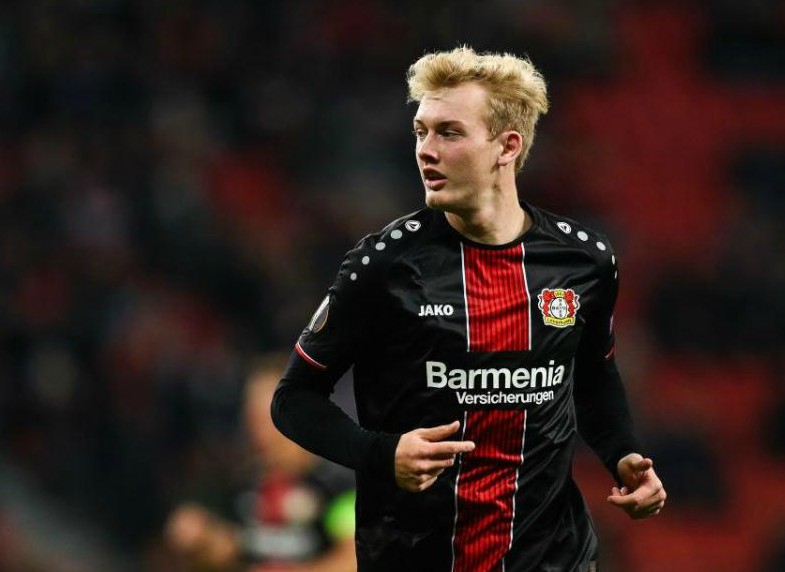 Julian Brandt is a transfer target for Manchester United

Any of these would surely be a significant upgrade on the misfiring Alexis Sanchez, whom the Sun have recently suggested is not wanted by manager Ole Gunnar Solskjaer.

Brandt certainly looks a huge talent and whether he ends up at Liverpool or United, it would be great for neutrals to see him come to the Premier League next.