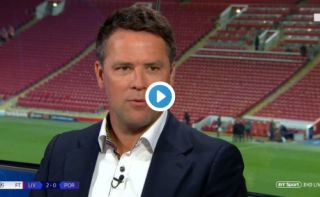 Former Liverpool striker Michael Owen has talked up his old club’s hopes in the Champions League this season.

The Reds were rather unlucky to lose last season’s final to Real Madrid, with goalkeeper Loris Karius committing two awful errors that night in an otherwise close contest.

"I just think Liverpool are so, so strong, in so much control, I can't see any team in Europe coming here and dominating."

Steve McManaman and Michael Owen believe it has, for the better ? pic.twitter.com/k0uXw4ZL7H

Owen now feels Liverpool have gained so much experience at this level, and that knock-out football seems to suit them under Jurgen Klopp.

Fellow pundit Steve McManaman seemed to agree, adding that Liverpool’s home record at the moment gives them a great chance.