Tottenham striker Harry Kane had to be helped off the pitch with a nasty-looking injury sustained against Manchester City in tonight’s Champions League clash.

The England international suffered a knock to his ankle in a challenge with City ace Fabian Delph, and Jermaine Jenas said on commentary it looked like an injury that could end his season. 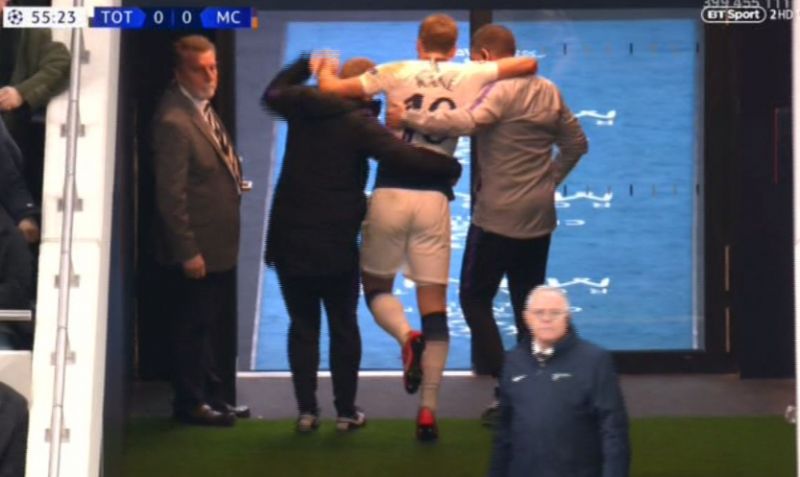 It’s been a difficult season for Kane with injuries, as he’s already sat out much of this campaign for Tottenham.

The image above certainly makes this look a real worry for Spurs fans, who can only hope it’s not as bad as it looks and that he can be back in action soon.

And here’s a video of the original challenge…

Huge blow for #Tottenham, as Harry Kane suffered another ankle injury and then limped off straight down the tunnel. Unfortunate.#TOTMCI #THFC #UCL pic.twitter.com/qlusFphAO0