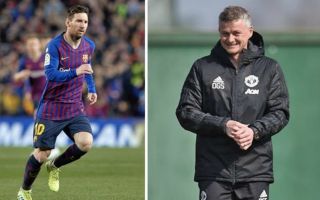 The Red Devils host the Spanish champions at Old Trafford in the first leg of a Champions League quarterfinal on Wednesday night, with the return fixture scheduled to take place at the Camp Nou next Tuesday.

Barcelona come into the tie as overwhelming favourites, as they chase a treble under Ernesto Valverde’s stewardship and their first European crown since 2015.

United haven’t won the prize since 2008 and they have lost three of their last four matches across all competitions, but they will be confident of another special European night after knocking Paris Saint Germain out of the competition in stunning fashion in the round of 16.

The previous two meetings between these two famous clubs came in the 2009 and 2011 Champions League finals – which were both won by Barcelona – with Messi finding the net in both matches and generally causing havoc for the United defence.

Red Devils legend Ferdinand – who played in the defeats at the Stadio Olimpico and Wembley – has suggested a plan for Solskjaer to stop Messi tonight, insisting it is vital that he is not allowed to turn and face the United back-line.

“It will come down to the little man, Messi. How do they stop him and combat him?” Ferdinand told BT Sport, as the Daily Mirror reports.

“What the players have to do is make sure they’re not in awe of him, he’s a superstar, a legend, one of the best to ever play the game but they’ve got to take that out of their thinking before the game and that’s half the job.

“I’m sure Ole will have a plan for him (Messi) so he won’t be able to play 1v1 during the whole game. 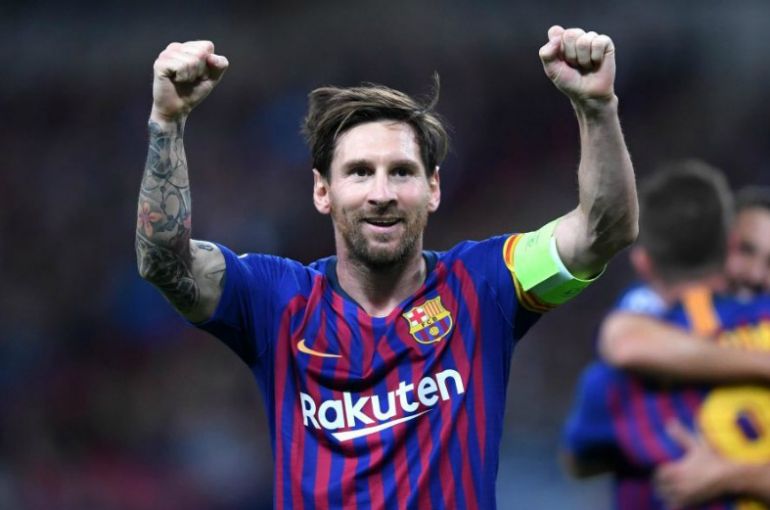 “Ole has to be thinking about not conceding and hopefully nicking a goal and taking it to the Nou Camp and having something to play for.”

Messi leads the race for the European Golden Shoe this season and he has over 40 goals to his name across all competitions, with plenty of football still to play between now and May.

The Argentine superstar is a phenomenon, capable of changing the course of any match with his outstanding ability on the ball and make no mistake if he is in the mood, United are in for a tough evening.

That being said, Barcelona are vulnerable defensively and if United can keep Messi quiet enough while countering their opponents with raw pace on the break, Solskjaer’s men could yet find an unlikely way through to the semifinals of the tournament.