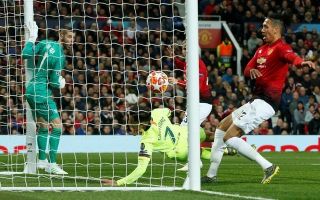 Some Manchester United fans blasted one particular star after his showing in United’s 1-0 defeat to Barcelona, Luke Shaw’s own-goal in the 12th minute was enough to seal their fate this evening.

The Red Devils lacked a cutting edge against Ernesto Valverde’s side tonight, Solskjaer’s side enjoyed some spells of dominance in the game but failed to convert this into clear-cut chances.

Even Solskjaer’s decision to bring on attackers Anthony Martial and Jesse Lingard failed to make a considerable impact, the side will be kicking themselves after realising that tonight’s tie was decided in their momentary lapse in concentration in the 12th minute, which saw Luke Shaw turn the ball into the back of the net after Luis Suarez’s header.

Fortunately for United they trail by just one goal, meaning everything is still to play for in the second-leg. The Old Trafford outfit need to play with more intensity going forward and need to throw more bodies into the box.

On far too many occasions this evening, Romelu Lukaku and Marcus Rashford received the ball in the wide areas – meaning there was no one to aim for in the box.

Most of United’s players played a good game, the midfield trio of Scott McTominay, Fred and Paul Pogba held up well against the Blaugrana. The rest of the team need to follow the middle men’s examples.

These fans were particularly disappointed with Ashley Young’s performance tonight, the 33-year-old looked well out of his depth against Lionel Messi and Co.:

I cannot believe that Ashley Young was given 90 minutes against Barcelona. I am utterly disgusted.

Young is absolutely good for nothing

I hope Ashley Young never plays for us again

Nah, everybody was good except for Young

Great night for Ashley Young to have his worst game in a United shirt. Useless tonight.

United host West Ham in the Premier League on Saturday afternoon before they travel to the Nou Camp for the second-leg of their tie against Barcelona next Tuesday.