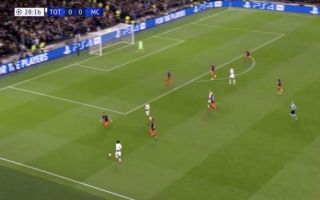 Mauricio Pochettino’s men earned a first-leg victory in the European Cup quarterfinal on Tuesday night at their brand new Tottenham Hotspur Stadium, thanks to a late goal from Son Heung-Min.

Rose compounded City’s misery by nutmegging former Spurs teammate Walker in the first half, as he galloped down the left wing while trying to create an opening for the home side.

Walker and co. have it all to do in the second leg to qualify for the semifinals after last night’s result and Tottenham supporters are probably still on a high after watching moments like this on Europe’s biggest stage.

You can watch a clip of Rose in full flight below.