According to Gazzetta dello Sport via The Daily Mail, Nerrazzuri scouts were present at the Tottenham Hotspur Stadium in London on Tuesday night to watch the Danish playmaker in action against Manchester City.

The Mail reports that Real Madrid have identified the 27-year-old as a summer target, but Inter are also planning a surprise swoop for his services later in the year after being impressed by his performances this season.

The Italian giants will surely be considered as underdogs in the race for Eriksen given Madrid’s superpower status, but they could still launch an audacious bid as club boss Luciano Spalletti aims to bolster his current squad ahead of the 2019-20 campaign.

Inter are set to lose Mauro Icardi and Ivan Perisic this summer, which will free up plenty of funds for an approach for Eriksen, who is currently valued at around €85 million – as per Transfermarkt.

Tottenham won 1-0 against City earlier in the week and they are now in a great position to qualify for the semifinals of this year’s Champions League. 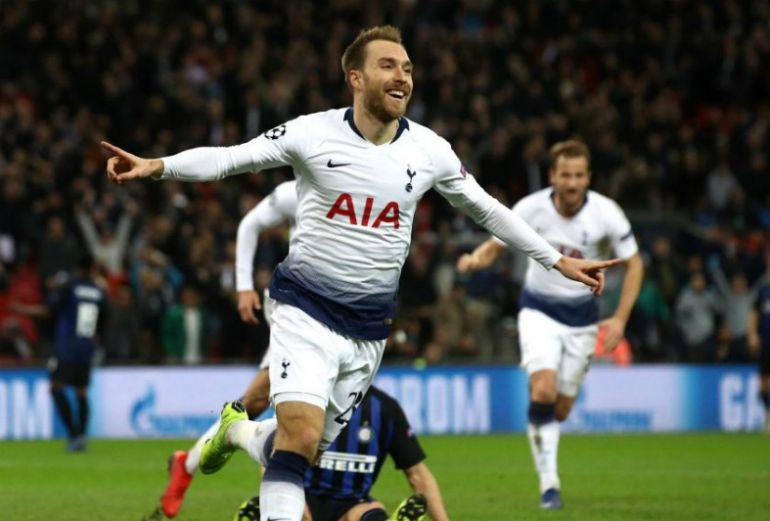 Eriksen in action for Tottenham

Eriksen was one of the standout performers on the night, as he has been for most of the season at Spurs, helping them to challenge for a place in the Premier League’s top four and for an elusive piece of silverware come May.

In 41 appearances for the Lilywhites across all competitions this term, the Denmark international has contributed eight goals and 11 assists, enhancing his reputation as one of the finest players in English football.

He could thrive at Real Madrid or Inter, but it remains to be seen whether or not he will want to leave Spurs at this exciting time for the club.

Mauricio Pochettino’s side have just moved into their luxury new stadium and they are expected to strengthen even further this summer, with Eriksen absolutely vital to their continued chances of success going forward.