Manchester United have reportedly re-emerged as contenders in the race to sign Lazio midfielder Sergej Milinkovic-Savic this summer.

The 24-year-old has attracted interest from a number of Europe’s top clubs with his performances this season, with 35 matches under his belt for Lazio across all competitions.

According to Italian publication Il Messaggero, Real Madrid, Inter Milan, AC Milan and Manchester City are interested in signing the Serie A star when the transfer market reopens.

However, the report also states that Man United are set to reignite their pursuit of Milinkovic-Savic, having backed off in recent months amid growing speculation regarding his future.

The Red Devils are now ready to compete for his signature with club boss Ole Gunnar Solskjaer looking to bring in at least two new midfielders as a number of players near the Old Trafford exit door.

Ander Herrera, Juan Mata and Paul Pogba have all been linked with summer moves away from United – according to Team Talk – and the club are eying potential replacements between now and May. 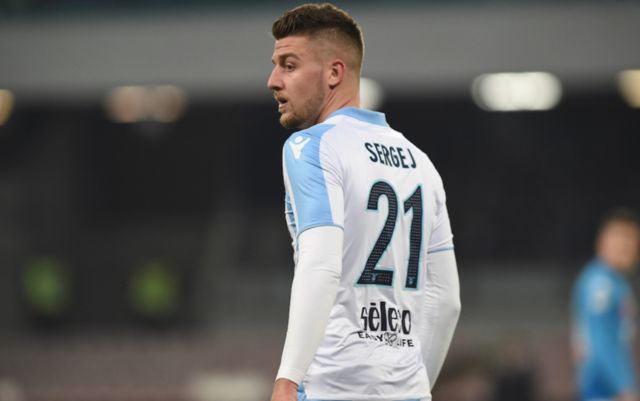 Milinkovic-Savic in action for Lazio

Il Messaggero states that Lazio are only willing to listen to offers within the region of €100 million for Milinkovic-Savic, which reflects the growing demand for his services.

The Red Devils could afford such a lucrative swoop, but it remains to be seen whether or not the club will launch a formal bid for the Serbian stalwart.

There is no doubting Milinkovic-Savic’s unique talent, but for a player who has yet to prove himself on the biggest stage, €100 million might be too much of a risk for United ahead of the 2019-20 campaign.

Stealing him from right under the noses of arch-rivals City could prove tempting though and there is sure to be plenty more twists and turns in this particular transfer saga as the 2018-19 campaign draws to its conclusion. 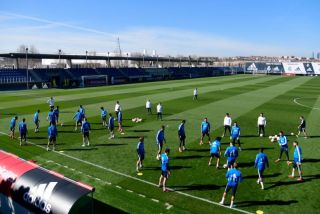