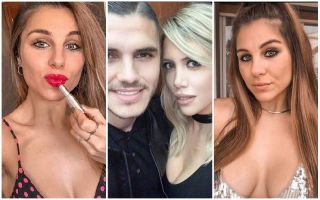 Inter striker Mauro Icardi has seen his sister, Ivana, talk about an in-house family feud during an appearance on the Italian version of Big Brother.

It’s been a tumultuous year for the Argentine international on and off the pitch, as aside from ongoing delays over a new contract, he was stripped of the captaincy and dropped from the squad last month.

He has since returned to Luciano Spalletti’s plans, but it remains to be seen what the future holds for Icardi in Milan, as the row involving his wife, Wanda Nara, rumbles on.

His sister Ivana is currently on the Italian version of Big Brother, and she reportedly wasted little time in discussing the situation involving her brother and his partner.

“I do not want my worst enemy to have a mind like that in the family, it’s a family conflict,” she said, as per Marca. “She says she does not see, does not hear and does not speak.

“But I would like her to be in front of me, so she tells me a couple of things she has yet to tell me.

“If Mauro was not a football player, she never would have been with him.”

That’s a pretty damning statement to come out with on a public platform, and it surely won’t have gone down well with Wanda, while it also puts her brother in a difficult position too.

It remains to be seen whether or not the issues can be resolved moving forward, but for now, it would seem as though things aren’t going to quieten down as we wait to see what happens this summer with regards to Icardi’s future at Inter.

Meanwhile, Ivana and Wanda both continue to look stunning in their Instagram posts as seen below, which suggests that the feud isn’t the only thing on their mind.