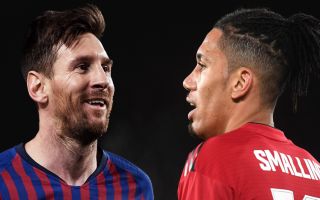 Manchester United defender Chris Smalling has revealed the conversation he had with Barcelona’s Lionel Messi after his side’s 1-0 loss to the Blaugrana in the Champions League on Wednesday.

An own goal from Luke Shaw proved to be the difference between Barca and United earlier this week, as the Red Devils now have it all to do going into the second leg at the Nou Camp next week.

Man United are going to have to score at least twice if they want to go through in normal time, a feat they might struggle with given the solidity of Barcelona’s defence.

Wednesday’s match didn’t exactly have too many talking points in it, however one of the bigger moments did come in the first half, as Smalling went through Messi from behind, causing the Argentine to bleed from his face.

Following this incident, Smalling has since spoken out about the challenge and the conversation he and Messi had after full time.

As per the Metro, when speaking to BBC Radio 5 Live, Smalling stated “we spoke after. I didn’t realise at the time actually that I had caught him like that. But after the game we had a brief chat, shook hands and he said he knew it was an accident”. 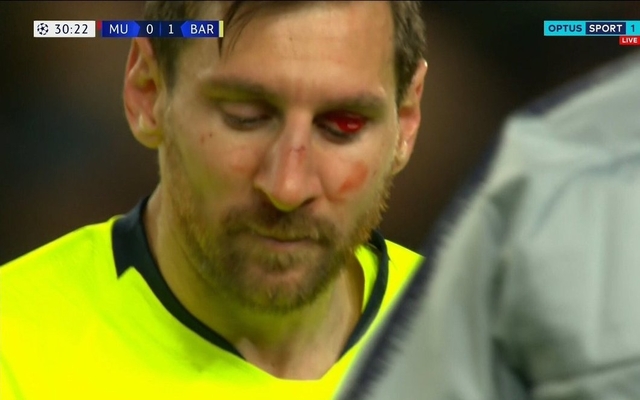 It’s always nice to see there’s no blood loss (not literally) between two players after an incident like this, especially seeing as this challenge seemed to leave Messi shaken and make him less of a threat during the match.

It’ll be interesting to see the extent of Messi’s injuries that were caused by Smalling’s challenge, and whether he’ll be fit to face United in the second leg next week.