West Ham have equalised against Manchester United in the 49th minute of today’s tie, Felipe Anderson finally got his goal at the second time of asking.

Stopper David De Gea gave the ball away cheaply from a throw, Declan Rice pounced on the chance to win possession for the Hammers in the final third, Manuel Lanzini, Robert Snodgrass and Rice all exchanged passes before Lanzini squeezed a cross into the box from the left-wing.

It looked as though the Argentinian playmaker was tightly guarded by Chris Smalling and Diogo Dalot but the pair failed to stop a cross floating towards the far post where Anderson slid the ball into the back of the net.

Defender Marcos Rojo clearly isn’t back at the races just yet, as he was punished for being asleep and failing to pick up Anderson.

The goal was Anderson’s first in the Premier League since the 27th of December.

Anderson finally getting what he deserves. GET IN!! ?? #COYI #WHUFC pic.twitter.com/MMelrCv26a

Check out some reaction to the goal:

And rojo was taking a nap ..OMG this defence is a disaster

our defense is terrible today

What exactly was Mr. Rojo doing?

Manchester United need a win against the Hammers today in order to keep their hopes of finishing in the top four alive. 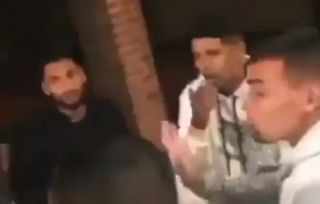 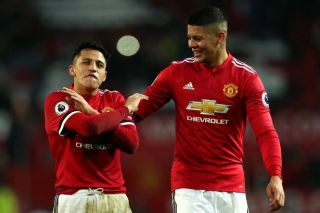