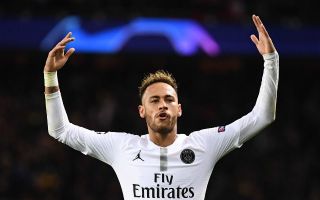 PSG superstar Neymar has asked the French giants to make a move for Real Madrid and Spain superstar Isco, a player who’s also a target for Jurgen Klopp’s Liverpool.

Isco has found himself somewhat out-of-favour at Real Madrid this season, with the Spaniard constantly being left out of Los Blancos’ starting XI by both Julen Lopetegui and Santiago Solari.

Don Balon are noting that Neymar has asked PSG to look at signing Isco from Real, a player who they note has a few problems with club president Florentino Perez.

And if PSG listen to Neymar and join the race for Isco, it seems like they’re going to have to battle Liverpool for the Spaniard’s signature, as Diario Gol noted last month that the Reds had come in with an offer for the Real midfielder

Isco would be fine signing for either PSG or Liverpool to make despite his recent below-par form for Real Madrid that’s been on display this season.

The Spaniard was a key part of Real’s side during Zinedine Zidane’s stint in charge of the club, with the player playing a big role in the club’s three successive Champions League wins between the years of 2016 and 2018.

During his time at the Santiago Bernabeu, Isco has managed to bag a total of 48 goals and 52 assists in 270 appearances for the club, a decent return for a midfielder.

Don Balon reported less than a month ago that Real want to bring in around €100M for Isco’s signature, a fair price to pay for someone as good as him.