Arsenal are considering triggering the buy-back clause in Ismael Bennacer’s Empoli contract, two years after selling him to the Italian club.

The 21-year-old failed to make the grade at Emirates Stadium after rising through the club’s ranks at youth level – managing just one senior appearance before being shipped off to Serie A in 2017.

Since then, however, the Algerian starlet has blossomed into a more mature and well-rounded player, capable of functioning anywhere across the midfield with his composure and technical prowess on the ball.

According to Le 10 Sport via ESPN, Arsenal are now planning to beat Napoli to Bennacer’s signature in the summer transfer window, who have also been keeping a close eye on his progress this season.

The Gunners are in the market for midfield reinforcements with Aaron Ramsey set to depart for Juventus at the end of the season and Bennacer might relish the prospect of a second chance in north London.

The Algeria international has featured in 31 Serie A matches for Empoli during their first campaign back in the top flight after a successful promotion bid last term. 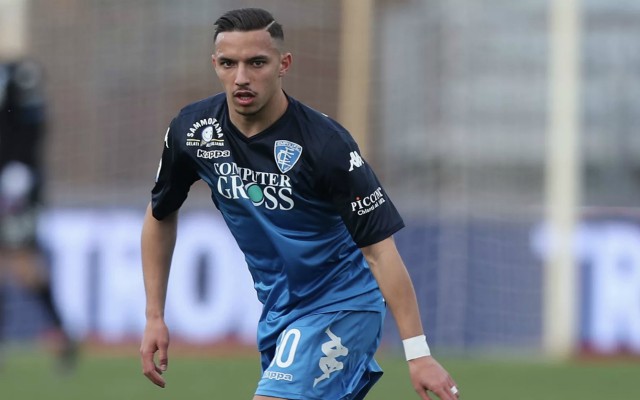 Ismael Bennacer in action for Empoli

Aurelio Andreazzoli’s side are currently 18th in the league and Bennacer’s continued presence in the starting line up will be vital to their chances of survival, but beyond that, he could be set for a surprise return to England.

Unai Emery is plotting major changes to his squad this summer as he aims to build a side capable of challenging for the Premier League title, after a mixed 2018-19 campaign.

The Gunners could still finish in the top four and win the Europa League, but they are some way short from competing with Manchester City and Liverpool for major honours across all competitions.

Bringing Bennacer back to the Emirates may not be a glamorous move, but it could be a smart one which puts Emery on the right track in the market when it reopens at the end of May.