Arsenal loanee Denis Suarez could be interested in a switch to Napoli this summer, according to his agent Felix Guende.

The 25-year-old midfielder moved to the Emirates Stadium on a six-month loan deal from Barcelona in January, but he has since only managed to appear in six matches across all competitions, without a single start to his name.

Unai Emery had been hoping the Spaniard could slot into his starting line up seamlessly, but he has been struggling with a persistent groin injury which has hampered his progress.

Suarez is contracted to remain at the Camp Nou for two more years, however, Arsenal have the option to sign him on a permanent basis this summer for £20 million – as The Sun reports.

The Gunners flop may already be thinking about a new challenge elsewhere though – if the latest comments from his agent are anything to go by.

According to The Sun, Felix Guende has suggested his client could secure a transfer to Serie A giants Napoli, as he told Radio Kiss Kiss at the start of the week: “My client has a two-year contract with Barcelona.

“But the interest of a team like Napoli is always welcome.” 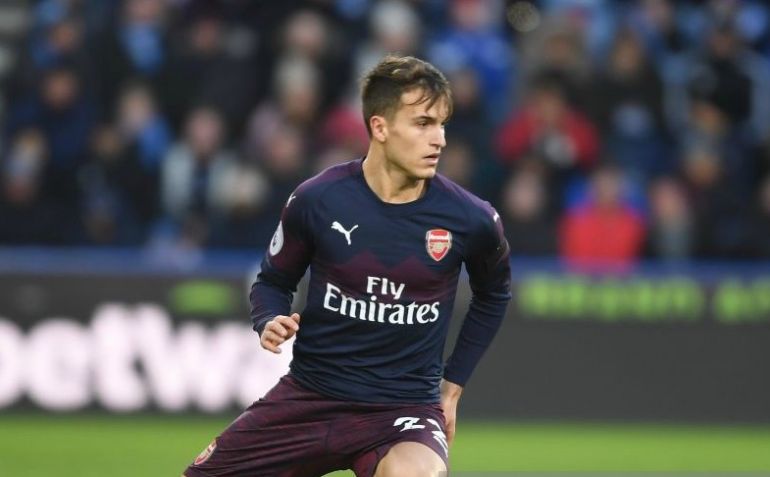 Suarez has reportedly been on Napoli’s radar for some time and they could offer the player another loan deal, or even attempt to land him permanently with a lucrative offer.

The Barca misfit has endured a difficult 2018-19 campaign and risks continuing to flounder around in limbo if his future is not sorted out one way or another.

Napoli could be the ideal destination for Suarez to get his career back on track, with opportunities in the starting XI likely to be more forthcoming than at the Emirates or Camp Nou.

At the moment such a move is merely speculation, but Arsenal are likely to focus their energy on bringing in alternative targets this summer, which means Suarez might have a big decision to make at the end of the season.