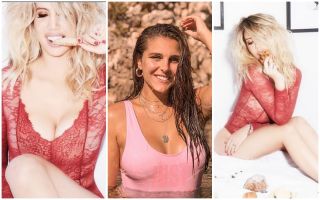 Wanda Icardi is set to sue Ivana Icardi, the sister of her husband and Inter striker Mauro Icardi, as their family feud appears to be worsening.

It’s been a tumultuous year for the Argentine international, as he was stripped of the Inter captaincy last month and dropped from the squad with an injury.

SEE MORE: Mauro Icardi’s sister opens up on feud with Wanda Nara as row goes on

Although he has since returned, question marks remain over his future at the San Siro, despite the fact that he has established himself as one of the most prolific forwards in Europe during his time with the Nerazzurri.

While it remains to be seen what happens there in terms of his football career, it seems as though the feud between his wife and sister is going nowhere, with Wanda said to be prepared to sue Ivana after coming under attack publicly while she appeared on the Italian version of Big Brother.

“Following yet another unprovoked attack suffered during Grande Fratello VIP, on which every action is reserved, Mrs Wanda Nara considers it appropriate to announce that, in recent months, Mrs Icardi Ivana has sued for defamation, given that the various interviews released and the numerous posts published on their social accounts in recent times appeared to seriously damage her honour and reputation,” the statement read, as noted by The Sun.

“Moreover, in light of the ways in which the aforementioned continues to exploit this affair, she will evaluate any opportunity and further action to ascertain whether, through the behaviour of the said person, more serious offences can be identified.

“Finally, she warns Mrs Ivana Icardi not to use her name and the image of her family to gain visibility, media awareness and financial advantages, inviting her – on the contrary – to focus exclusively on her own professional skills.”

Time will tell if a resolution can be found without involving the legal system, but this is hardly what Icardi needs either as he’ll hope that the pair can resolve their issues and all concerned can go back to focusing on other matters.

Life isn’t about finding yourself. Life is about creating yourself ????????#inspiration #inspirationalquotes #instagood #instafashion #instagramers