Arsenal have stepped up their pursuit of Fiorentina midfielder Jordan Veretout after opening talks with his agent Mario Giuffredi.

The 26-year-old has contributed five goals and three assists for Vincenzo Montella’s side this season, emerging as one of the most consistent performers in Serie A.

His displays have attracted the attention of a number of top European clubs, including Arsenal, who are on the lookout for Aaron Ramsey’s replacement as he nears a summer switch to Juventus.

According to Calcio Mercato, the Gunners have opened transfer negotiations with Veretout’s agent ahead of a possible swoop when the market reopens in May.

Team Talk reports that the Frenchman is currently valued at around €30 million, which represents a bargain fee for a player of his age and quality in today’s market. 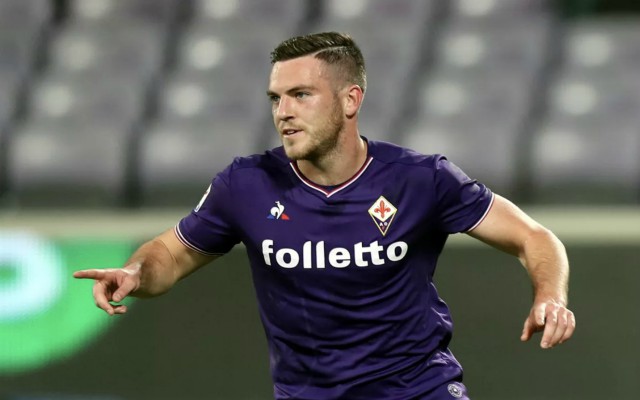 Jordan Veretout in action for Fiorentina

Unai Emery will need to bring in at least one or two fresh faces in order to strengthen his current squad at Emirates Stadium and Veretout would the ideal first signing to soften the blow of Ramsey’s departure.

The Fiorentina star has reignited his career since an ill-fated spell at Aston Villa in the 2015-16 season, during which he experienced relegation from the Premier League and generally struggled to impress in English football.

Veretout is a much better prospect now and he could add a new dimension to Emery’s starting XI, but it remains to be seen whether or not the Serie A giants will allow him to leave the club.

Much could also depend on Arsenal’s bid to qualify for the Champions League, with significant funds only likely to be released if the team secure a top-four finish or win the Europa League – as per Talk Sport.