Arsenal boss Unai Emery will be given a modest transfer budget at the end of the season, even if he manages to secure Champions League qualification.

The Gunners are currently fourth in the Premier League table, with five matches of the 2018-19 campaign remaining. They are also through to the latter stages of the Europa League, which could be another avenue into Europe’s elite competition next year.

However, according to Goal, Emery will not be given lucrative funds to sign new players when the market reopens, regardless of whether or not the club make it into the Champions League.

Goal reports that the club are willing to release £75 million for the Spanish boss to spend if they do qualify, but if they miss out, he will only be handed around £45 million.

Emery’s transfer plans are now in jeopardy, with several targets mooted over the last few months who will now likely have to be dropped due to a lack of spending money. 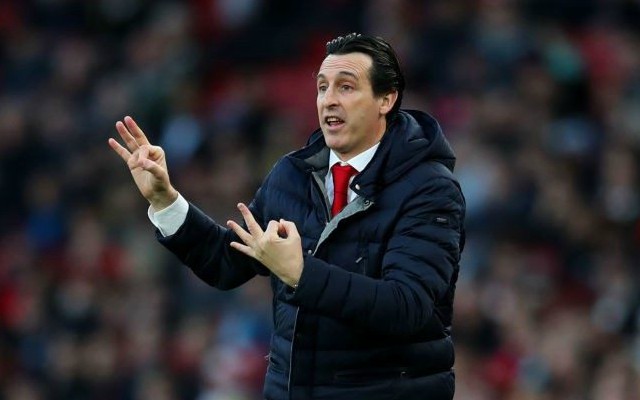 The Gunners will lose star midfielder Aaron Ramsey to Juventus this summer and signing his replacement is a priority ahead of next season, while defensive and attacking reinforcements are also needed.

£75 million does not stretch too far in today’s inflated market, but the club did only spend £71 million on new players last summer – most of which was forked out on Lucas Torreira and Bernd Leno – as per Metro Sport.

Such a budget might not be ideal for Emery, but it is certainly better than the £45 million he will receive if Arsenal fail to finish in the top four or win the Europa League.

In that case, strengthening the squad significantly this summer would be almost impossible, which makes the final weeks of the season even more crucial – with a European quarterfinal second leg against Napoli to take in next on Thursday.

Arsenal are well placed to secure a spot in the Champions League and they could even end up with some silverware, but looking past the current campaign, Emery may have to become a shrewd businessman in order to bolster his current squad enough to challenge for major titles next term.