Arsenal will lose one of their key men this summer after Aaron Ramsey signed a pre-contract agreement with Juventus but the Gunners are eyeing a move for a younger model who could prove to be a solid replacement.

Twenty-eight-year-old Ramsey has contributed four goals and six assists in 28 Premier League appearances this season. He is a versatile midfielder but has been used mainly in an advanced role.

Kerem Demirbay has operated in a similar position for Hoffenheim this term, providing four goals and six assists in 22 Bundesliga outings for a side who are sixth in the table.

According to Bild, Arsenal are monitoring Demirbay and would not be troubled by the financial implications of signing the 25-year-old, who has a release clause of just £22m in his current contract.

But Arsenal may not be the only club to move for Demirbay this summer, with The Metro claiming that multiple Turkish clubs are also interested.

Although Demirbay’s main assets are his vision and passing, at 6ft 1in he is more than capable of holding his own physically – which is crucial in the Premier League.

He is significantly taller than Ramsey, who stands at 5ft 11in. 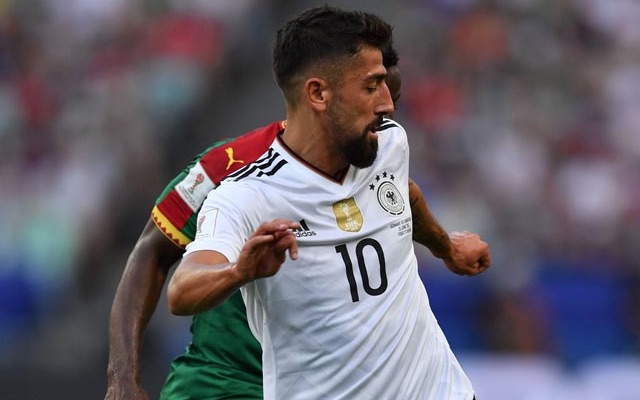 Kerem Demirbay in action for Germany