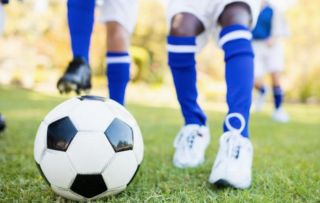 The father of a 10-year-old boy is to be paid £3,000 by children’s football club Winnersh Rangers, after they were sued for allegations of racism.

This is according to the Sun, who note that the father of the child accused the club of racism and emotional abuse, with the incident itself occurring in a pre-season tournament that took place in the summer of 2018.

The Sun’s report also states that the father of the 10-year-old stated that his son was ‘excluded’ from a group on Whatsapp, and was also told to start looking for other clubs to join.

Racism in football is a very hot topic at the moment, and it’s horrible to hear that the problem is rearing its ugly head throughout all stages of the footballing pyramid.

You always hear of racist incidents at the very top level of the sport, however it’s unusual to hear claims of racism in the lower leagues being reported by the mainstream media.

If the father and his son were the victims of racial abuse as this report from the Sun suggests, then the club should’ve probably been made to pay out even more in an attempt to show them that racism is no laughing matter, no matter what level of the sport you are playing at.

Always horrible to hear stories like this, especially when the abuse is aimed towards a boy as young as 10.

Awful scenes, we have to say…