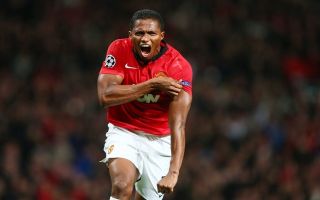 Manchester United right-back Antonio Valencia has taken to social media to post an emotional farewell to the Old Trafford outfit, Valencia has only played eight times this term.

Valencia has struggled with injuries in his tenth season with United, the star’s fitness problems have limited him to just 8 appearances across all competitions this season.

Valencia’s contract with the Red Devils expires at the end of the season and according to The Sun United have declined the option to extend the 33-year-old’s deal.

Valencia joined the United in the summer of 2009 from Wigan, on Instagram the star posted a simple ‘thank you’ message accompanied with a photo of the Sir Alex Ferguson stand.

Valencia has been a wonderful servant for the Red Devils, the powerful full-back has made an impressive 338 appearances in almost 10 years, the star won the club’s Player of the Year award in the 2011-12 season and there’s no doubt that the Ecuadorian has established himself as a cult hero to the United faithful.