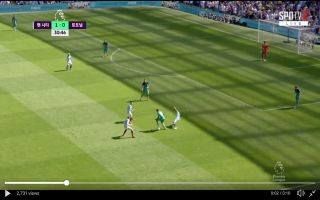 In the 28th minute of the match, Alli produced a nutmeg on Bernardo Silva that looked like something straight out of Fifa Street, the England international poked the ball through Silva’s legs and then expertly span around the City star – all in one smooth move.

Only two minutes later, Alli dazzled City’s players with his impressive footwork once again. The attacking midfielder looked as though he was in trouble when he was pressed by three of City’s players – but the tricky playmaker managed to get himself out of trouble by pulling off a wonderful roulette spin and some sharp turns.

After toying with Kevin de Bruyne and Bernardo Silva, the star decided to sell his former teammate – Kyle Walker – down the river, just for good measure.

Check out the video of Alli toying with City’s stars below:

Dele Alli showboating at the Etihad, I am here for it ??pic.twitter.com/G0ERceJAUk

Here’s a look at Alli’s filthy nutmeg on Bernardo Silva just minutes before:

Alli will be hoping to use his twinkle toes to create a moment of magic and get Tottenham back on even terms in the second-half. 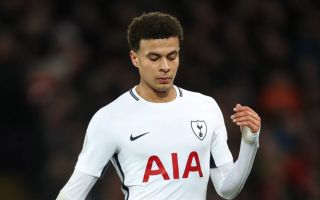 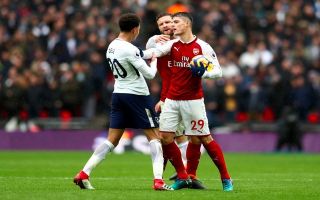