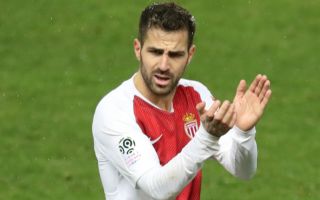 Cesc Fabregas showed there still might be a little bit of Arsenal left in him, after he brutally trolled the Gunners’ arch rivals Spurs and ex-player Graham Roberts on Twitter.

Fabregas hasn’t played for the north London side since leaving the club for Barcelona back in the summer of 2011, with the Spaniard since going on to play for Chelsea in that time as well.

Arsenal fans’ opinions of Fabregas will have depreciated a fair bit since his move to Stamford Bridge, however this might change given the midfielder’s recent words on Twitter.

Fabregas took to the social media site to troll the north London side, and their ex-star Graham Roberts, stating “I don’t know who you are and I don’t know if I’m getting enough game time or not but I do know you won’t win anything again this season.”

I don’t know who you are and I don’t know if I’m getting enough game time or not but I do know you won’t win anything again this season.

It was a truly savage response from Fabregas, one that we’re sure a lot of Chelsea fans, and some Arsenal fans, loved.

Spurs have it all to do in the Champions League this year, as they’re going to have to beat both Ajax and one of Liverpool or Barcelona to win the competition for the very first time.

It seems very unlikely that the north London will go on and be crowned champions of Europe come the end of the season, a viewpoint Fabregas certainly seems to agree with if this tweet is anything to go off…