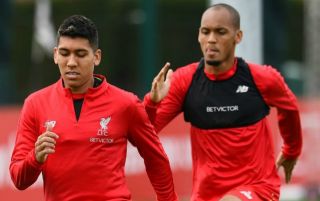 Liverpool are back in action in the Premier League today and have named their starting XI to take on Cardiff City.

With the games coming thick and fast for the Reds at the moment as they chase a potential Premier League and Champions League double, it’s understandable that Jurgen Klopp might want to rotate a bit for what should, on paper at least, be one of his side’s easier fixtures this afternoon.

Still, some Liverpool fans are not pleased to see that that means Fabinho has been dropped from Klopp’s starting line up to take on Cardiff, with the German tactician instead going for Jordan Henderson, Georginio Wijnaldum and Naby Keita as his midfield three.

Apart from that, it’s pretty much as you’d expect from LFC, though a three points is now surely an absolute must or fans will not be best pleased with their manager for resting such an important midfielder as they chase a first title in 29 years…

This thing of dropping Fabinho ? https://t.co/u1dhQ2ZrzK

Get Fabinho in there ffs https://t.co/PW62Ik9AL2

Worries me when Fabinho doesn't start but, I expect us to get the job done ?

No Fabinho, no party.