Manchester City are said to be eyeing up a move for Argentina youngster Thiago Almada, a player who has been branded the ‘new Lionel Messi’.

As per the Sun, City are hoping to sign the young Argentine in a deal worth £20M, with the club so eager to get a deal for the player the line, that they’re willing to send him to partner club Girona first should they be given a transfer ban by FIFA.

The Sun have also noted that the player’s skill set has seen him become the latest player compared to Messi, thus it looks like he has a lot to live up to!

Despite being just 18, Almada seems to have cemented his place in Velez Sarsfield’s side this term, making 16 appearances for the club, with the player also bagging three goals and two assists in that time as well. 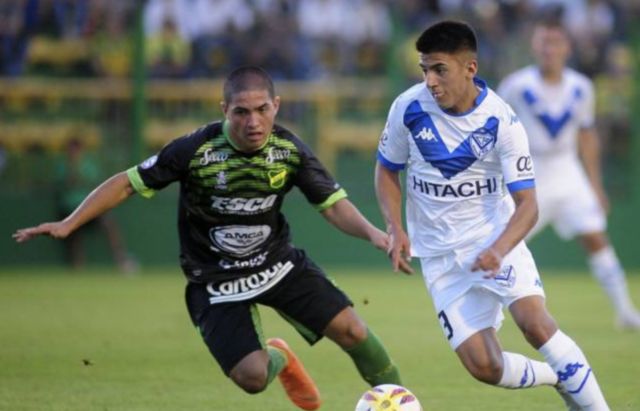 Almada has been branded as the new Lionel Messi. Expectations are high then!

During his time with Velez, Almada has been deployed in a number of positions, however the player is predominantly an attacking midfielder, an area of City’s squad that could do with some additions.

Given the fact that Kevin De Bruyne and Ilkay Gundogan have proven to be injury prone of the years, combined with David Silva approaching the twilight years of his career, it makes sense for City to be targeting midfielders.

Are City about to get their hands on a potential world beater this summer? You’ll just have to wait and see…