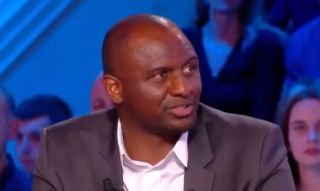 Arsenal legend Patrick Vieira has not ruled out one day becoming manager of his old club.

The 42-year-old is a legend at Arsenal from his playing days, and has made a promising start to his managerial career too, having enjoyed spells at New York City FC and Nice.

Vieira on @CanalFootClub: “To be #AFC manager one day? Why not.”
pic.twitter.com/59j8UnlIt2

Vieira didn’t get the job when it became available last summer, with Unai Emery instead chosen to replace Arsene Wenger, but many fans would love to think the Frenchman could be an option in the future.

Well, above is a video of Vieira seemingly leaving that door open, so Gooners can hope that he’ll one day lead them out at the Emirates Stadium.