Manchester United will want to take note of the latest transfer news involving Real Madrid winger Gareth Bale ahead of this summer.

The Wales international’s future in Madrid has long looked in some doubt, and it seems his club are now going that extra step to get him off their books.

MORE: Manchester United on their worst run since 1998 in this one key area

Don Balon have linked Bale as a top target for Man Utd recently, though they did stress that the club may be reluctant to pay over the odds for an ageing player who isn’t having the best season.

Luckily for them, today’s print edition of Marca, as translated by the Independent, reports that Bale is now set to be made available on loan for next season.

Real have tried offloading James Rodriguez in a similar way, sending him to Bayern Munich for two seasons, so it could be that Bale will be the next to make such a move. 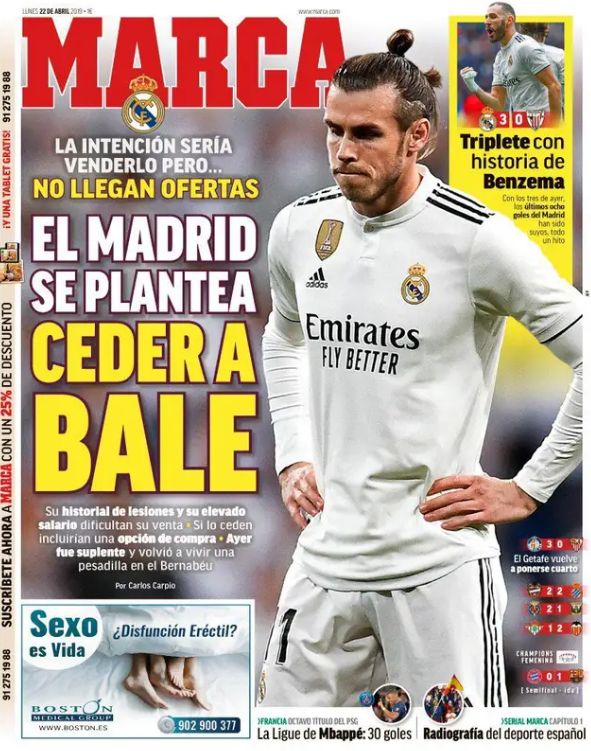 If United remain interested, this could be an ideal scenario for them, as the 29-year-old would likely be seen as an upgrade on Alexis Sanchez in attack, though he can join without that same element of risky spending that might have been necessary otherwise.

And if Bale does not shine on loan, United or indeed any other club can simply send the former Tottenham star back to the Bernabeu.

It would certainly be exciting to see Bale back in the Premier League after his spell with Spurs earlier in his career, even if he may now be past the very peak of his powers.