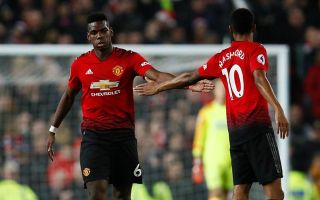 And according to Don Balon, the France international’s representative seems set to ask for big money at the Bernabeu – around £14.7million a season, which would make him the club’s highest earner, just ahead of Gareth Bale.

Pogba is undoubtedly one of the finest midfield players in the world on his day, though some would question if that day comes often enough for him to be worth the hassle.

It’s questionable if too many Man Utd fans would be that fussed if Pogba left this summer, despite the 26-year-old showing some superb form since Ole Gunnar Solskjaer replaced Jose Mourinho as manager.

Still, Don Balon report that Real might have some reservations over making Pogba their highest earner given his recent weak performance in United’s Champions League exit at the hands of Barcelona.

The former Juventus man would need to do a lot better in battles with Barca if he made the move to Madrid, so it remains to be seen if the Spanish giants will end up meeting his and Raiola’s big demands.