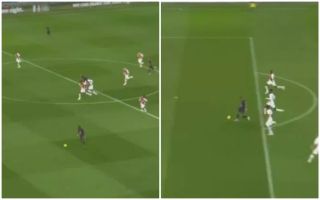 The 20-year-old is already one of the best players in the world and looks like becoming a future legend of the game after such a stunning start to his professional career.

Goal 2??8?? of the season for Kylian Mbappe against his former club.

And according to the Sun, he has the blistering pace to go with his incredible ability, as he clocked up around 23.6mph with his run against Monaco, beating the 23.35mph that legendary sprinter Bolt averaged when he set his 9.58 second 100m world record back in 2009.

If this is accurate, that’s one hell of an achievement from Mbappe, who put his pace to good effect, racing on to a pass from his team-mate to score one of his three goals.

What a player the young France international is, and what a career he has ahead of him!

“The new Leicester?” – These fans speculate how far Leeds could go this season after an impressive start
More Stories Kylian Mbappe