Manchester United have identified Atletico Madrid midfielder Thomas Partey as their number one choice to replace Ander Herrera in the next transfer window.

The Red Devils could lose Herrera when his contract expires this summer, with Paris Saint Germain reportedly interested in securing his services on a free transfer – as per the Daily Mirror.

The 29-year-old has been a key performer for United during his five-year stay at the club and his departure would be a huge blow for the club ahead of next season, which is why they already have a contingency plan in place.

According to Ghana Web, Atletico’s Partey tops the Premier League giants’ transfer wishlist ahead of the summer window, as they line up a direct replacement for Herrera.

Transfermarkt states that the 25-year-old is currently worth €50 million, which is the going rate for a quality central midfielder nowadays and he could get even better as he approaches the prime years of his career. 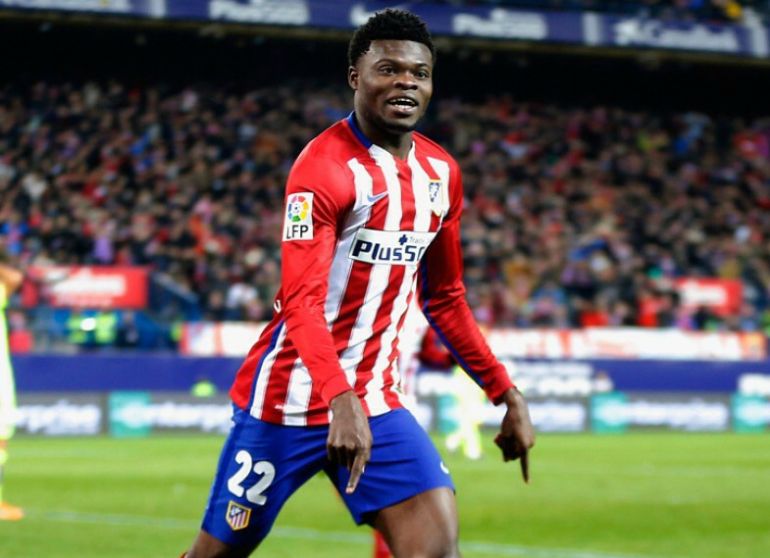 Ghana Web states that United have also been keeping a close eye on Lyon’s Tanguy Ndombele and Everton star Idrissa Gueye, but Partey is their first choice signing.

Club boss Ole Gunnar Solskjaer is expected to make major changes to his squad at the end of the campaign, after a turbulent first four months in charge at Old Trafford.

Partey would be an excellent first addition to his ranks, but it could be difficult to prise him away from Atletico given his influence for Diego Simeone’s side this term.

The Ghanaian star has featured in 37 matches for the La Liga outfit across all competitions, scoring three goals, while establishing himself as one of the most consistent players in Spain.

His arrival at Old Trafford could help free up the more creative players in Solskjaer’s line up, given his superb ability to break up play in the middle of the park, but much could yet depend on Herrera’s final decision on his future in the coming weeks.