Manchester City boss Pep Guardiola wants to sign Real Madrid midfielder Marcos Llorente this summer, as he lines up a replacement for Fernandinho.

The Brazilian has been one of the standout players at the Etihad Stadium during Guardiola’s reign, but at 33 years old he cannot be expected to feature in the starting line-up long term.

The Spanish boss is hoping to reinforce that key holding position in the squad this summer and according to Don Balon, Madrid’s Llorente is near the top of his list of targets.

Guardiola has identified the 24-year-old as the ideal man to fill Fernandinho’s boots in the near future, despite his difficulties at Santiago Bernabeu this season.

The Blancos star has only featured in five La Liga matches this term, struggling to break into the first team under Julen Lopetegui, Santiago Solari or Zinedine Zidane.

However, Don Balon reports that Guardiola has been very impressed with Llorente’s contribution for Madrid when he has been called upon and he would like to bring him to the Etihad when the transfer window reopens. 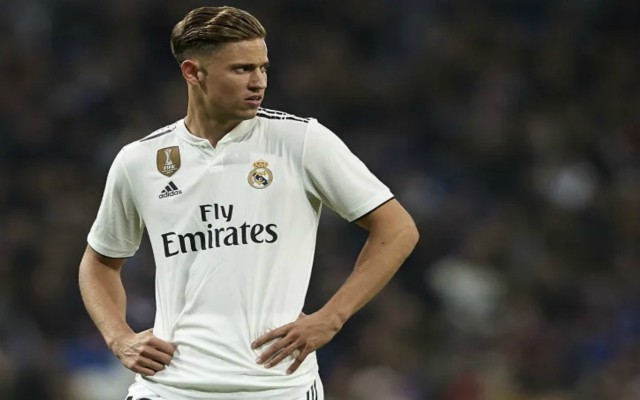 Transfermarkt states that the Spaniard could cost as little as £13.5 million – which is a small drop in the ocean for a club with the financial power of City.

The reigning Premier League champions will be aiming to continue their recent dominance of English football over the next few years and thusly, bringing in fresh blood during the summer window is a must to maintain their recent progress.

Llorente might not be a glamorous signing for City, but he could be a smart one, given his age and experience at the highest level. Opportunities have not been forthcoming for him at the Bernabeu, but he could be given the chance to prove himself regularly at the Etihad as Fernandinho’s understudy.

This particular story is one to keep a close eye on in the coming weeks, with speculation set to intensify as the 2018-19 campaign draws to its conclusion.