Liverpool are reportedly determined to keep hold of exciting youngster Rafael Camacho this summer despite him attracting transfer interest and seeming unsettled at the club.

It was recently claimed by Portuguese source O Jogo, with translation from the Mirror, that Wolves were interested in Camacho ahead of this summer.

The 18-year-old also recently seemed to complain about how he’s been used by Liverpool in this Instagram post:

The latest from Portuguese outlet Record, as translated by Sport Witness, is that Camacho is yet to accept the Reds’ offer of a new long-term contract as he’s been unconvinced about his prospects at Anfield.

LFC fans will hope he can end up being persuaded to stay, and the report adds that the club are also seemingly eager not to lose him this summer. 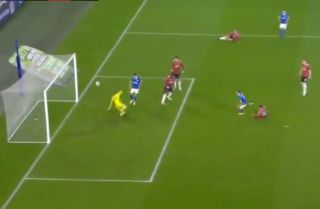 Video: Dean Henderson continues to excel with an incredible save for Man United vs Brighton

Video: Man United target Jovic misses a sitter for Real Madrid as he’s given a rare chance to impress

In fairness to Liverpool, they seem an ideal destination right now for young players like Camacho, with Jurgen Klopp always seeming to show a willingness to promote youth and build his team around players who aren’t necessarily the biggest names.

Trent Alexander-Arnold has been the best example of this, while Joe Gomez and Andrew Robertson are also among those to see their careers take off under Klopp.