Manchester United boss Ole Gunnar Solskjaer has told his players to be ready for Manchester City’s “aggression” when the two sides meet on Wednesday.

The Red Devils host their arch-rivals at Old Trafford in a crucial Premier League clash tomorrow night, with a great deal at stake heading into the final few weeks of the 2018-19 campaign.

Solskjaer’s men must pick up three points to stay in the hunt for a top-four finish, while Pep Guardiola’s side cannot afford to slip up in their bid to secure back to back titles.

City are heavy favourites against their neighbours, however, especially after their 4-0 humbling at Everton at the weekend and United will have to produce a much-improved display to have any hope of an upset.

As per BBC Sport – ahead of the derby, Solskjaer has warned his players to watch out for dirty tactics from City, as he stated in a press conference on Tuesday: “They will snap at your ankles and heels and kick you.

“They will not allow us easy counter-attacking. There will be fouls. No doubt about it because they commit so many players forward and will be stopping us as high as they can.

“There is no hiding place on the pitch. The supporters will back you as long as the effort is there.” 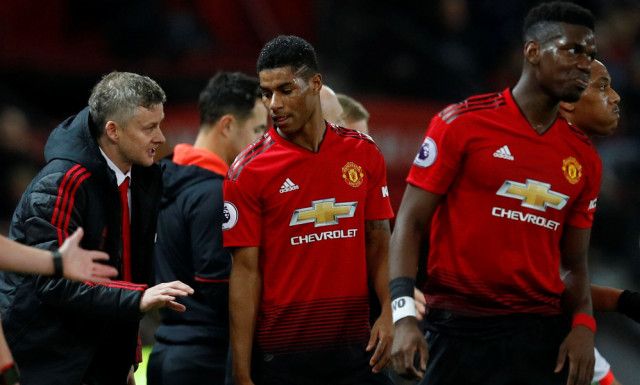 United have lost six of their last eight matches across all competitions, slipping back into their old ways under Jose Mourinho after an initial resurgence with Solskjaer at the wheel.

Many supporters and experts are calling for a major squad overhaul at Old Trafford, with several top European players being linked to the club in recent months.

A number of United’s current stars have also been touted for summer exits, but Solskjaer has defended his underperforming charges, while also insisting he is ready for the task ahead of him.

“You learn about players. Now is not the time to talk about making wholesale changes,” Solskjaer added, as BBC Sport reports.

“You can see the Man Utd DNA in many of these players. We have to get players in and some players will have to go out.”

“I am confident in my team and myself. I am ready to take this challenge on.

“I know it is a big challenge. That is why I came.”