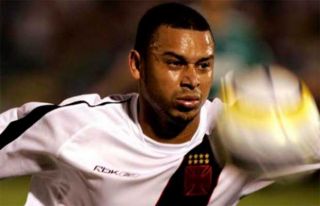 Former Brazilian footballer Valdiram has reportedly been found dead in Sao Paulo with three men arrested over his murder.

The 36-year-old played for 18 different clubs in total after beginning his playing career at Vasco da Gama, but reports suggest that he had fallen on hard times in recent years.

According to The Mirror, he had struggled with alcoholism and drug addiction and was living on the streets, and tragedy has now struck as it’s reported that he has been found dead with three men arrested over his murder.

It’s added one of them has since been released, while further tests will be carried out to determine the cause of death as the investigation will hopefully result in the police finding out the necessary details surrounding the tragedy.

It’s added that Valdiram played alongside Romario at Vasco and enjoyed a promising start to his career, but sadly he struggled thereafter to realise his full potential.