Arsenal are reportedly ready to spend almost half of their initial £40M summer transfer budget in order to bring in Dennis Praet as a replacement for Aaron Ramsey.

As per the Mirror, Ramsey is set to join Juventus in the summer, with the club now eyeing up Sampdoria man Praet as a replacement for the Welshman.

And according to Corriere Dello Sport, the north London side are willing to offer around €20M (£17M) for the midfielder, a total that’s almost half of the initial £40M transfer budget Unai Emery will have to spend in the summer, as per the Mirror.

Ramsey has been a key player for Arsenal this past few years, and we’re sure the Gunners are going to have a hard time bringing in a suitable replacement for the Welsh international.

It seems like the club have already identified the man they want to replace Ramsey in the form of Praet, a player who’s shown with his time at Sampdoria that he has what it takes to compete in one of Europe’s biggest and best leagues. 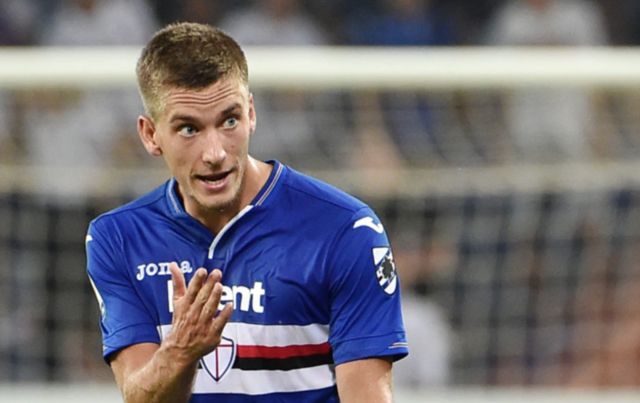 During this time with the Italian outfit, Praet has managed to make a total of 101 appearances, scoring four and assisting six in that time frame.

Praet has been known to be able to play in the centre of the park, and on either the right wing or left wing, versatility that will surely come in handy for Unai Emery should the Gunners end up landing a deal to sign the Belgian in the summer.

Arsenal could bring popular former player back in swap transfer