Chelsea are reportedly set to hand key star Callum Hudson-Odoi a new £100,000-a-week contract this summer, which comes after news was released stating the player is set to be out for the rest of the season.

Hudson-Odoi has managed to make himself a key member of the Blues’ first team in the second half of this season after being given limited first team opportunities in the first half of the season.

The England international is one of the brightest prospects the club have had in a while, and it looks like they’re willing to push the boat out in order to keep him.

As per the Telegraph, the west London club are set to offer the winger a new deal to keep him at Stamford Bridge for the foreseeable future, with Hudson-Odoi set to take home around £100,000 should he decide to sign this new deal.

It’s also noted that the 18-year-old is out for the rest of the season after injuring his achilles, news that will come as a big blow for the club, whilst Hudson-Odoi himself is hopeful of being fit for the start of the 2019/2020 season. 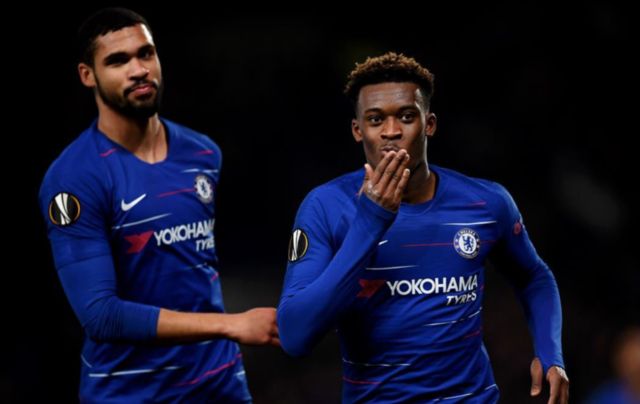 Hudson-Odoi’s absence will come as a big blow for Chelsea, who are looking to finish inside the top four this season in order to qualify for next year’s Champions League.

Maurizio Sarri’s side currently sit in fourth place in the table, just a point ahead of Arsenal in fifth, however both the Gunners and Man United have a game in hand over the Blues.

Chelsea are going to need results go their way as well as win all their remaining games if they want to qualify for next season’s Champions League via a Premier League finish, a task that will have been made even more difficult following this news regarding Hudson-Odoi.