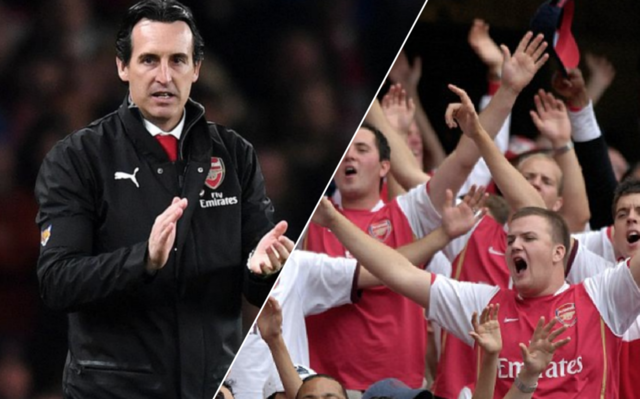 Arsenal’s lineup is in for their Premier League clash against Wolves tonight, the Gunners need to bounce back this evening after losing 3-2 to Palace on the weekend.

Arsenal are travelling to Molineux with fans expecting the players to put things right after their embarrassing defeat to Palace on Sunday afternoon, the Gunners looked completely deject and out of their depth especially in defence. Wilfried Zaha and Christian Benteke ran Emery’s side ragged.

Sunday’s defeat has sparked wholesale changes from Unai Emery, seven changes have been made to the side that were defeated 3-2.

Club captain Laurent Koscielny is the only defender to retain his place in the lineup, Emery has switched back to a 4-3-2-1 system in a bid to shore things up at the back. Sokratis comes back into the side to partner Koscielny in the middle of the defence whilst youngster Ainsley Maitland-Niles comes in at right-back and veteran Nacho Monreal takes up the left-back position in the place of Sead Kolasinac.

Granit Xhaka and Lucas Torreira will hope to keep things ticking in the middle of the park, the pair come in for Mateo Guendouzi and Mohamed Elneny – both were miserable on Sunday afternoon.

Alex Iwobi and Henrikh Mkhitaryan will replace Pierre-Emerick Aubameyang and Carl Jenkinson in today’s side, superstar Aubameyang will miss the clash after undergoing a minor sinus procedure.

Check out Arsenal’s lineup below:

? Seven changes to our XI
? Sokratis back from suspension
? Xhaka, Torreira start in midfield

The Gunners will look to be much tidier this evening, they can’t take their foot off the gas for one moment against a high-pressure team like Wolves.

Check out some reaction to the Gunners lineup below:

Mustafi can’t ruin this one, hopefully

Glad to see Xhaka is finally back, he has been missed in the past few matches ?

No Mustafi. We definitely winning.

NO MUSTAFI, NO PROBLEM

Arsenal can move into fourth place with a win against the Wanderers tonight, the Gunners could also put themselves just one point behind north London rivals Tottenham. Victory tonight is crucial as Arsenal look to come out victorious in a four-way battle for the two remaining spots in the top four.

Wolves have flourished against the Premier League’s ‘Big Six’ this season and tonight’s clash could be the perfect chance for them to break their run of three games without a win. Just like the Gunners, Wolves have it all to play for, Nuno Espirito Santo’s side need a strong end to the season if they are to cement their place in the top eight.