Jesse Lingard has missed an absolute sitter for Manchester United against Manchester City – an effort so poor even the ball boy was shocked.

Watch Lingard’s miss in the video clip below, with the England international somehow failing to put the ball into the back of the net with more or less an open goal from close range.

Lingard really hasn’t done enough for United for most of this season, and let them down when they needed him here, with this chance coming shortly after City took a 1-0 lead through Bernardo Silva.

We think this image below with the ball boy sums up how bad it was from Jesse! 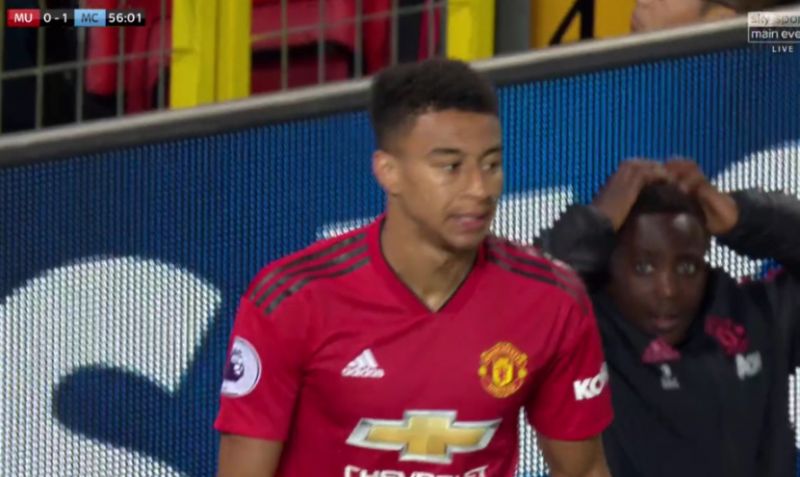