Manchester United’s line up for tonight’s game against Manchester City has been confirmed, with the leaked MUFC XI from earlier proving correct.

Ole Gunnar Solskjaer has his side lining up in a 5-3-2 formation of sorts, with some surprise names making the first XI, most notably Matteo Darmian, starting in defence for the first time since the defeat to Liverpool in December.

Given that a United win tonight would be great news for Liverpool, one imagines Reds supporters will not be too pleased to see how Solskjaer has picked his team against City this evening.

Ole reverts to three at the back. Martial and Lukaku both dropped while Pereira and Darmian get rare starts.

Man Utd were battered 4-0 by Everton in their last game and seem to be taking a big gamble here with a new-look formation and players like Andreas Pereira and Jesse Lingard coming in.

Lingard’s form has not been good for some time now and he could be playing in a new role up front tonight, while Pereira has not been a regular this season and comes in ahead of both Nemanja Matic and Scott McTominay, meaning there’s no natural defensive midfield player in the team tonight. 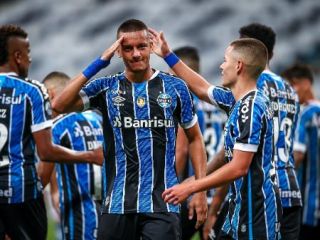