Man United and France ace Paul Pogba has reportedly informed his teammates of his desire to leave the club in the summer, with Euro giants Real Madrid said to be eyeing up a move for the player.

Pogba has been in fine form for the Red Devils so far this season, scoring 16 and assisting in 11 in all competitions, helping United fight for a place in the top four in the process.

However, it doesn’t seem like this career-best form from Pogba is enough to keep him at the club, especially if this report from the Mirror is anything to go off.

As per the Mirror, who are re-reporting and translating an article from L’Equipe, Pogba has informed his United squad mates of his desire the seal a move away from the club in the summer.

This news will be music to the ears of Real Madrid, as Don Balon note that Los Blancos are keen on the Frenchman, however they’ll have to stump up €180M (£156M) if they want to sign him, as this is what United are after if they are to sell the midfielder. 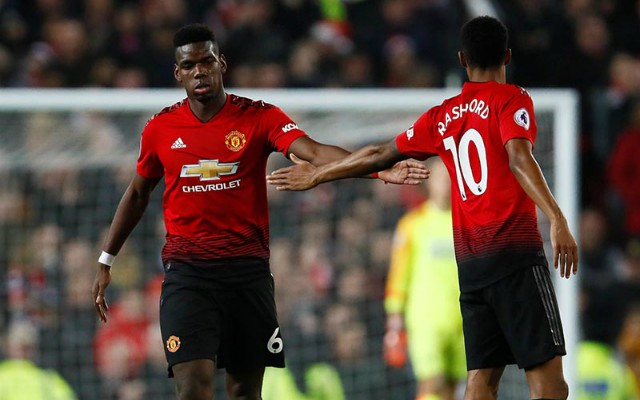 United are yet to win either the Premier League, FA Cup or Champions League since Pogba’s arrival at the club, something that could have had a say in him wanting to leave Old Trafford in the summer.

The Red Devils have been in dire form of late, losing six of their last eight games in all competitions, results that have seen the club knocked out the FA Cup and Champions League.

And given their recent results in the league, it looks like United are up against it in their attempts to qualify for the Champions League for next season.