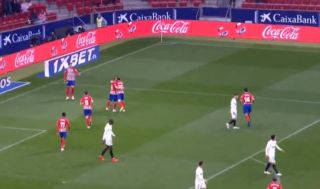 The Spain international has looked a more confident player since leaving Stamford Bridge for a loan to Atletico this January, and he’s scored what could be an important goal here.

If Atletico lose tonight, Barcelona will already be mathematically impossible to catch at the top of the La Liga table.

However, it seems Morata’s goal could now put the champagne on ice at the Nou Camp, with Chelsea fans perhaps able to take some satisfaction in making Barca work that bit harder for the trophy.

The two teams have enjoyed a healthy but bitter rivalry whenever they’ve met in some Champions League classics in the last decade or so.