Newcastle have reportedly identified AC Milan boss Gennaro Gattuso as their number one target to succeed Rafael Benitez if he leaves the club.

The Spaniard’s current contract at St James’ Park expires this summer and according to The Sun, he could walk out on the club if he is not granted transfer funds to improve the squad.

The 59-year-old has led the Magpies since 2016, securing promotion to the Premier League from the Championship in his first full season in charge, before guiding them to top-flight safety during the 2017-18 campaign.

Benitez has done similarly well this season, with Newcastle currently sitting 13th in the league table and all but assured of their place in English football’s top division for another year.

He has earned a cult status among supporters for his work at the club but he has grown frustrated by a lack of financial backing and it is now unclear whether or not he will pledge his long term future to Newcastle. 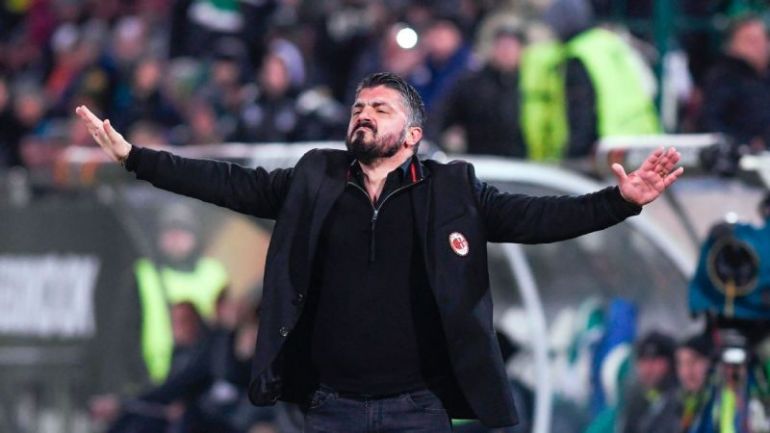 Gattuso has been linked with Newcastle

The Sun reports that Newcastle are lining up top Serie A manager Gattuso to replace Benitez in the event he does depart after the Italian held talks with super-agent Jorge Mendes over the job possibility recently.

Gattuso is contracted to remain with Milan until 2021 but he does not enjoy the strongest relationship with the club’s director of football Leonardo.

The 41-year-old has been in charge at the San Siro since 2017 but he has endured a difficult season, with the Rossoneri still not yet guaranteed a place in next season’s Champions League.

The ideal scenario for most Newcastle fans would be for Benitez to remain at the club, but Gattuso might also be well received by the Toon army, given his never say day attitude and charismatic personality.

This story is one to keep an eye on in the coming weeks, with Benitez set to reveal his future plans one way or the other before the season ends.