Real Madrid are reportedly prepared to offer €50M plus the services of striker Mariano Diaz for Ajax ace Matthijs De Ligt, a player who’s also caught the interest of Barcelona.

De Ligt has managed to establish himself as one of the brightest talents in all of world football, thus it’s not a shock to hear that two of the game’s biggest clubs are vying for his signature.

According to Don Balon, both sides are in the hunt for the Dutchman, with Real seemingly looking to go all out in order to beat the Blaugrana to the signing of De Ligt.

The report also notes that Real are prepared to put together an offer of €50M plus Mariano Diaz in order to sign De Ligt and beat Barcelona to the player’s signature.

De Ligt’s performance for Ajax in the Champions League this season has shown that he has what it takes to compete against some of the best sides in world football. 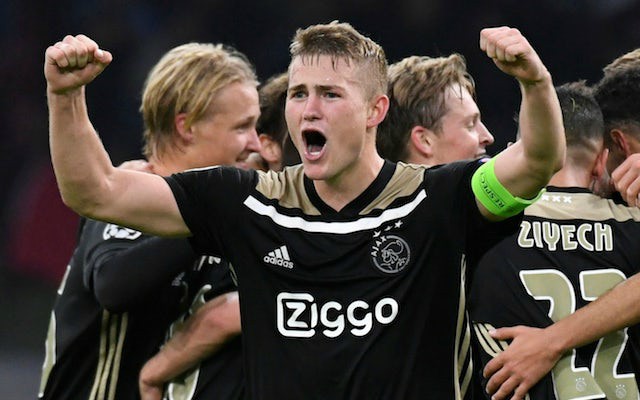 The 19-year-old was instrumental in his side’s wins against both Real and Juventus, with just a two-legged tie against Tottenham the only obstacle left in his way as he looks to guide the Dutch giants to a Champions League final.

Mariano Diaz has largely been ineffective since his move from Lyon last summer, thus it won’t be too big a loss Real if they were to use him in a deal for De Ligt.

Will Real manage to beat Barca to the signing of De Ligt? Only time will tell