Arsenal are the bookies’ favourites to seal the transfer of Manchester City winger Riyad Mahrez this summer if he ends up leaving the club.

The Algeria international was a world class performer at his previous team Leicester City, but has struggled since moving to the Etihad Stadium.

It makes sense that Mahrez may already be nearing a move away from Manchester, with reports to that effect coming out recently.

The Mail have reported that the 28-year-old has made it clear he’s not happy with his lack of playing time and suggest he’s threatening to quit.

Meanwhile, we made the case for Arsenal or Chelsea pursuing him here, with a number of top clubs sure to be on alert if he does move this summer.

Ladbrokes have since been in touch to inform us that Arsenal are the current 2/1 favourites to be Mahrez’s next club, ahead of big names like Barcelona and Real Madrid. 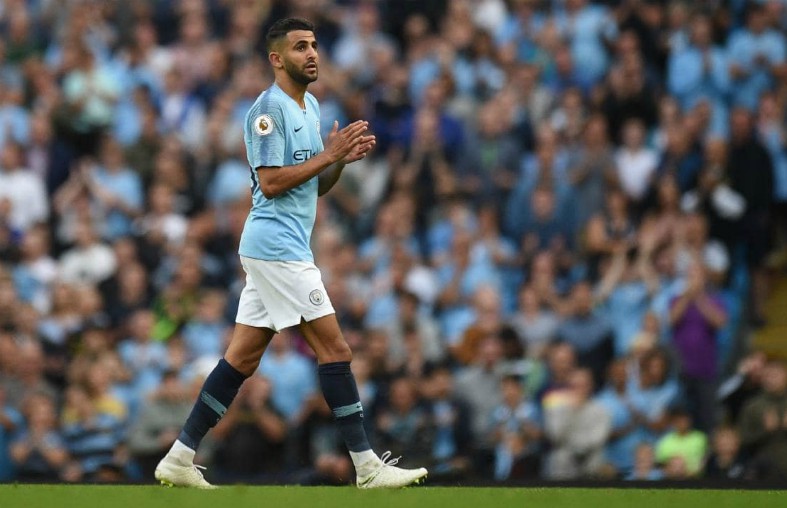 Riyad Mahrez has had a difficult first season at Manchester City

It remains to be seen if this amounts to anything, but it makes sense that the Gunners might be after a skilful attacker as an upgrade on players like Alex Iwobi and Henrikh Mkhitaryan, with Mahrez perhaps a more realistic target than most if he really is unsettled at City.

Alex Apati of Ladbrokes said: “Mahrez could be set for a cut-price summer move and having once upon a time been huge favourites to strike a deal, it’s the Gunners who head the betting again.”

It’s debatable if Mahrez would get into all of those teams mentioned above, with the likes of Barcelona and PSG already boasting plenty of world class attacking talent in their squads.

That said, Barca may well view the former Foxes star as an upgrade on the likes of Philippe Coutinho and Malcom after underwhelming seasons.

Real Madrid, meanwhile, could surely benefit from Mahrez as they look in need of replacing the likes of Gareth Bale and Marco Asensio, who have not looked good enough to carry the team since Cristiano Ronaldo’s move to Juventus last summer.